Can you make the Army appealing to ambitious 17-year-olds?

Many snicker when I claim the Army as a fun account. Sure, being the CD for all the digital work on a $200 million account has its daunting moments. Yet, if you pitched a novel way to make the Army shine as a strong career choice, they were a willing and enthusiastic partner.

For the Army Reserve, we wanted to move away from the usual high-octane military action shots with a Gary Sinise voiceover. Instead we had Soldiers give very personal stories about why they chose the Army Reserve and how it enabled them to achieve success both personally and professionally.

Since the Revolutionary War, the Army has employed cadences to motivate and inspire Soldiers, as well as keep their steps in time when marching. We took this cherished tradition and made a Facebook app that featured mash-up capabilities so users can create their own cadences with their keyboard then share with friends.

I pitched the idea of showing how the Army could put your career on the fast track through playing a Donkey Kong-ish game in a banner ad. They got it and loved it. And the click rates the banner received, there was a lot of happy hooah-ing afterwards.

For more than five years the Army didn’t change their website. We pitched them four main changes: update the design, put social media capabilities on every page and code in HTML so it could be viewed via mobile or tablet. The response was so great, GoArmy.com was mentioned in the NY Times. 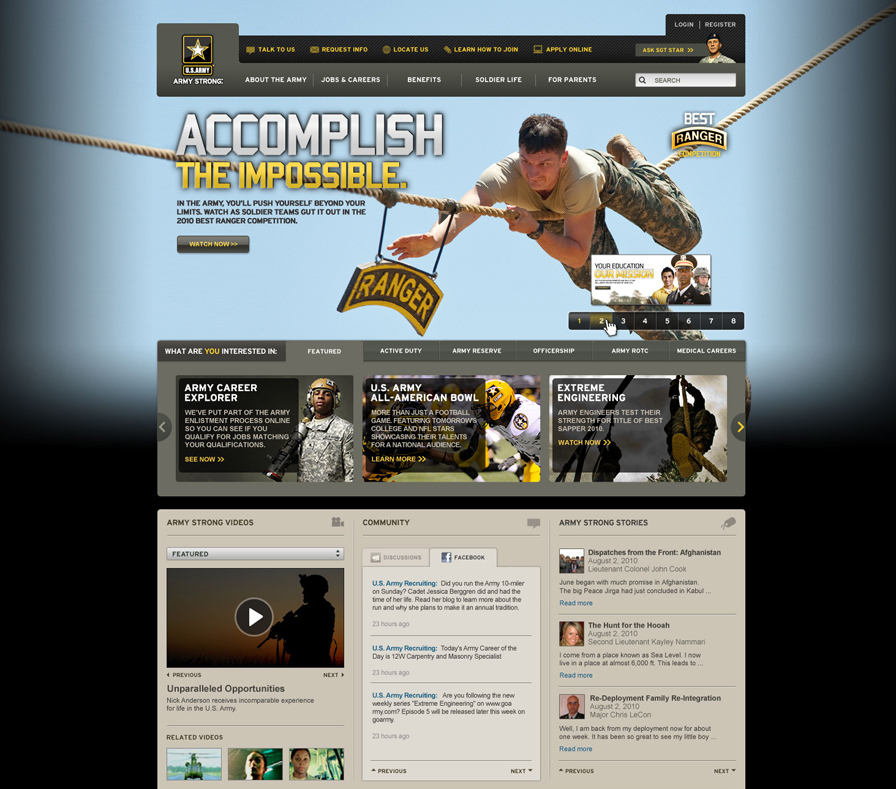